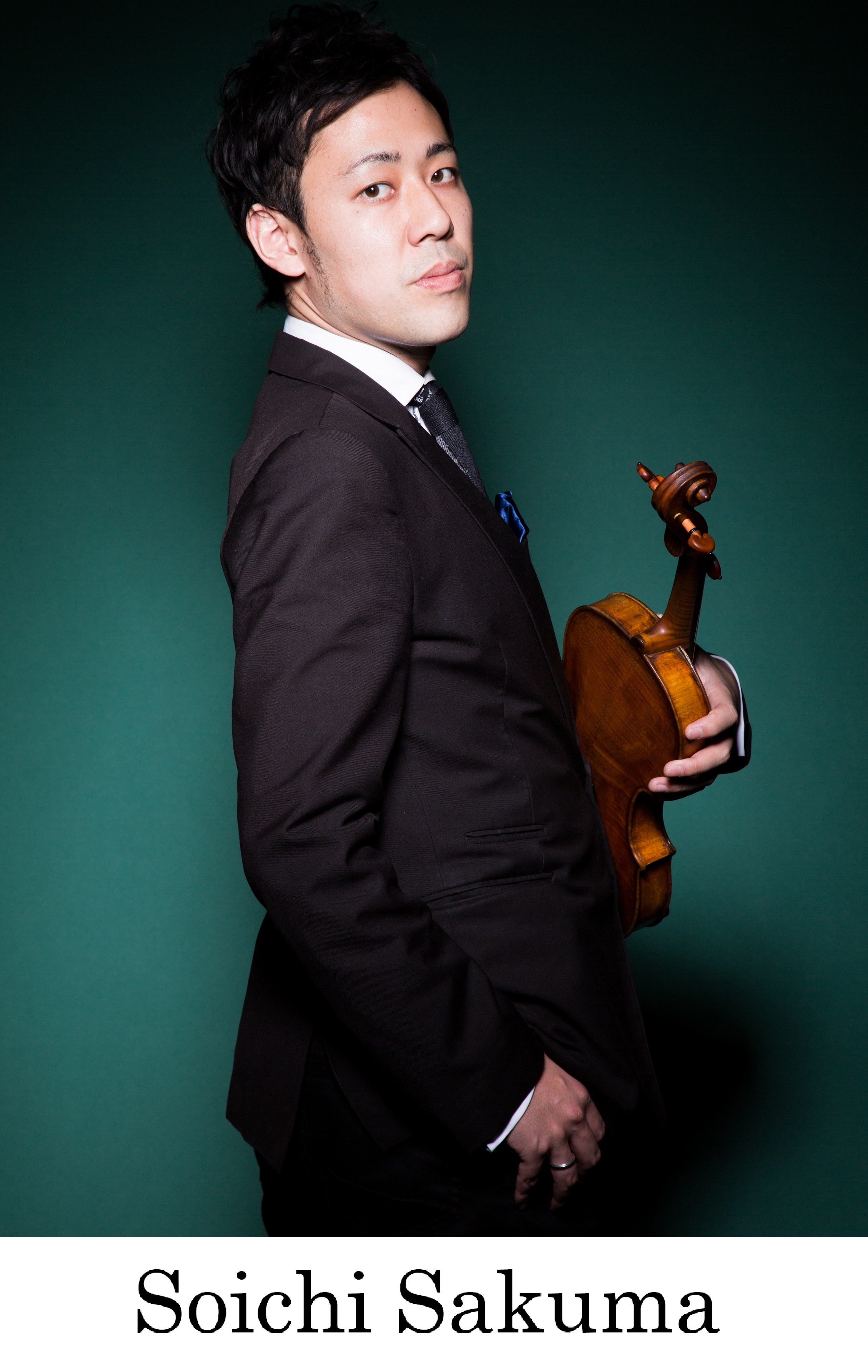 Born in Yamagata Prefecture in 1982. Beginning with a violin from an early age, he went to Toho Gakuen University from Yamagata Higashi High School through the Sendai Branch, a music class for children at Toho Gakuen.
While at Toho Gakuen, he became a contract member of the New Japan Philharmonic Orchestra, and later became the principal player of the Osaka Philharmonic Orchestra. After leaving Osaka Philharmonic in March 2012, went to Germany. In addition to studying under professor Wolf Schneider in Hannover, he has made a guest performance in the Deutsch Kammer Philharmonie Bremen. In April 2014, he became Hiroshima Symphony Orchestra and First Concert Master.
Appears in many chamber music concerts every year, mainly in the “Subaru 21 String Quartet”, as well as major domestic music events such as the “Spring Festival in Tokyo”. Invited to various music festivals.
Received the 23rd Kirishima International Music Festival Special Encouragement Award (Suntory Award) and Excellent Performance Award.

Born in 1986 in Osaka City, Osaka Prefecture, Rumi Kurakawa graduated from the Music High School Attached to the Faculty of Music, Tokyo University of the Arts, and from the said university. In 2009, when she was enrolled in the Graduate School of Tokyo University of the Arts, she joined the Japan Century Symphony Orchestra as Assistant Concertmaster. In 2011, she performed on NHK-FM’s “Meikyoku Recital,” and she participated in the Affinis Music Festival 2012. In 2014, she passed the audition held by the Hiroshima Symphony Orchestra and took office as Concertmaster at the youngest age in the history of the orchestra.
From September 2018, Kurakawa pursued her studies under Henrik Hochschild, Concertmaster of the Leipzig Gewandhaus Orchestra, as a 2018 international trainee of the Affinis Arts Foundation.