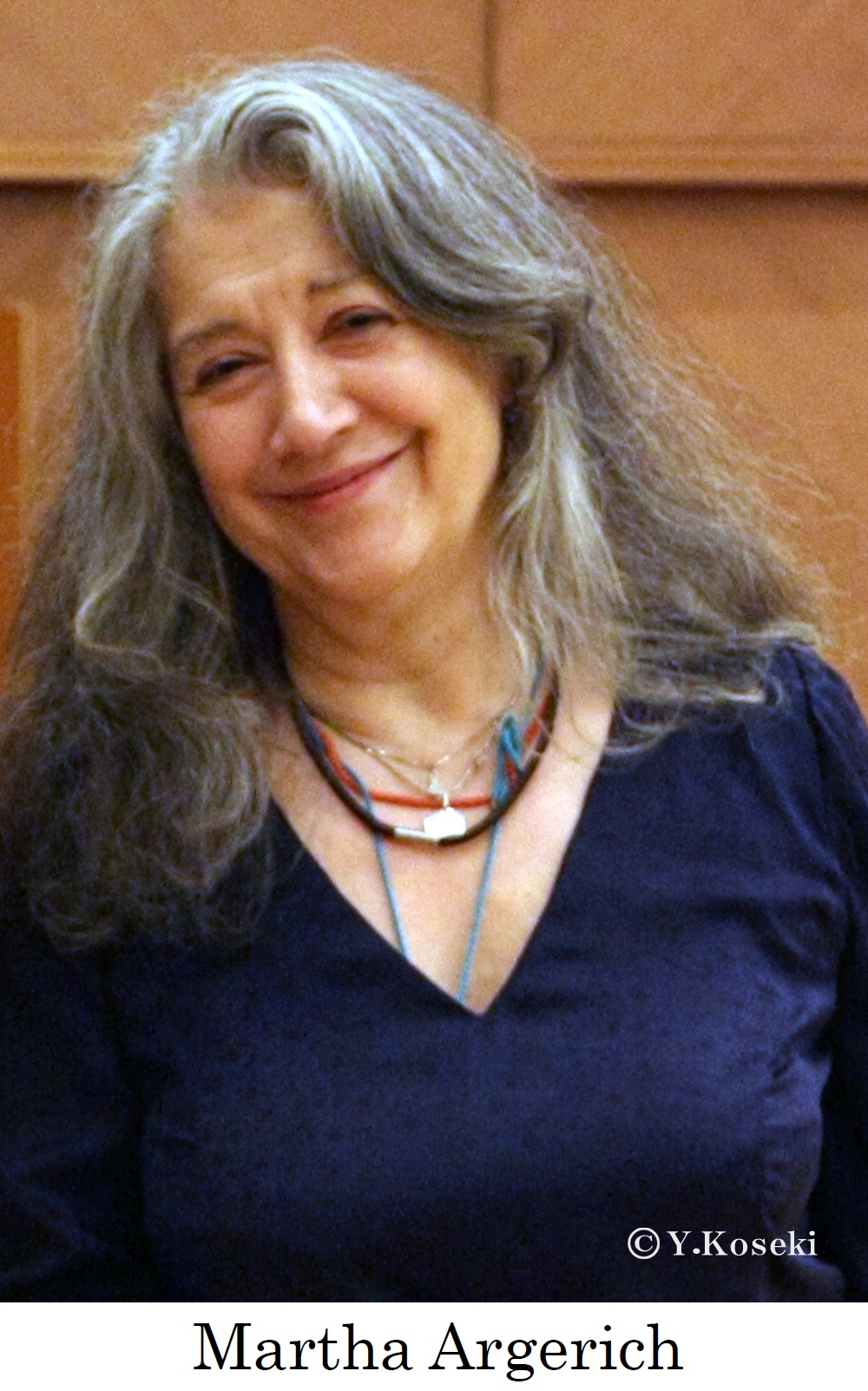 Martha Argerich was born in Buenos Aires (Argentina). She began her first piano lessons with Vincenzo Scaramuzza. Considered a child prodigy, she soon performs in public. In 1955, she moved to Europe and continued her studies in London, Vienna and in Switzerland with Seidlhofer, Gulda, Magaloff, Mrs Lipatti and Stefan Askenase. In 1957, she won the Bolzano and Geneva Piano Competitions, and in 1965 the Warsaw International Chopin Competition.
Martha Argerich has been rated highly for her performance of the virtuoso piano literature of the 19th and 20th centuries. Her large repertoire includes Bach and Bartok, Beethoven and Messiaen, as well as Chopin, Schumann, Liszt, Debussy, Ravel, Franck, Prokofiev, Stravinski, Shostakovitch, Tchaikovski.
Though she is permanently invited by the most prestigious orchestras, conductors and music festivals in Europe, Japan and America, chamber music takes a significant part of her musical life. She regularly plays and records with pianists Nelson Freire and Alexandre Rabinovitch, cellist Mischa Maisky and violonist Gidon Kremer : “This harmony within a group of people gives me a strong and peaceful feeling”.
Martha Argerich has recorded for EMI, Sony, Philips, Teldec, DGG etc. and she has received many awards
Since 1998 she is the Artistic Director of the Beppu Festival in Japan; in 1999 she creates the International Piano Competition and Festival Martha Argerich in Buenos Aires, and in June 2002 the Progetto Martha Argerich in Lugano.In 2018 Argerich Festival started in Hamburg.
The live recording from her concerts in Tokyo “Martha Argerich Celebrations 2010” has been released for the charity purpose for supporting the victims in Tohoku area.
In August 2015,Martha Argerich was invited to perform with Hiroshima Symphony Orchestra to commemorate the 70th anniversary of A-bomb attack on Hiroshima. After this successful concert, she has been appointed as Peace & Music Ambassador of Hiroshima Symphony Orchestra followed by Hiroshima Peace Prize( 2016 ) and Hiroshima Cultural Ambassador ( 2019 ).